4 Technology Trends That Will Change How Corporate World Works 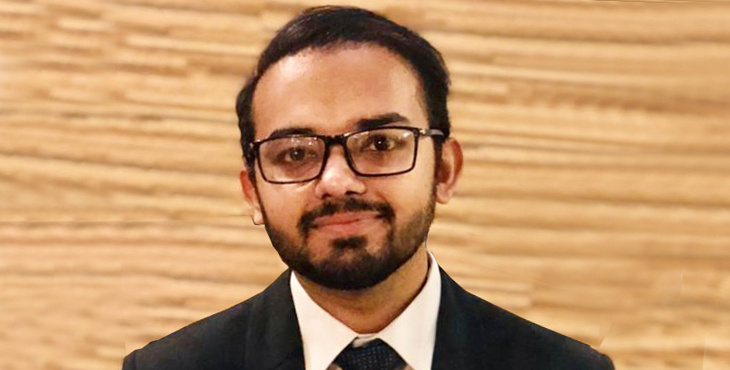 Written by Mr. Adeel Asghar, IT Manager, Geo and Logic

The pace at which the technology is evolving, there is no doubt that it will have a huge impact on how businesses carry out their operations. The adoption of these technologies is on the rise, giving cognizance to forward-thinkers in various industries to reimagine what’s possible There are various developing innovations that could affect organizations sooner rather than later but these 4 technology trends will demand increased attention going forward.

The machines haven't taken over yet. However, they are affecting how we live, work and entertain ourselves. Artificial Intelligence (AI) emphasizes on development of these intelligent machines, which think and work like humans. AI is a very popular subject these days and is widely discussed in business circles. AI is impacting our lives more than we can think. If we look around, AI is everywhere now, whether we are using our smartphones, buying products online, using navigation, surfing the internet or listening to songs on our favorite music streaming service.

Some of the popular example of companies using Artificial Intelligence are as follows:

People do confuse Virtual Reality (VR) and Augmented Reality (AR) with each other as these two terms come up in the same conversations frequently. Augmented and virtual reality have one big thing in common. They both have the remarkable ability to alter our perception of the world.

Some of the popular example of companies using Virtual Reality are as follows:

Virtual reality , or VR, is a wholly immersive experience that allows the user to interact with a new virtual world. But because VR requires special hardware, only a small portion of businesses can jump in on the action. That's why we suggest AR for the business interested in testing out these emerging technologies. Some of the popular example of companies using Augmented Reality are as follows:

Although most people think of blockchain technology in relation to cryptocurrencies such as Bitcoin, blockchain offers security that is useful in many other ways. Every day more and more blockchain-based applications appear. And this is not surprising. It seems to be one of the buzzwords of the year. But many people seem to know what blockchain is or how it works.

Blockchain uses cryptography to create digital records which are nearly impossible to hack, replicate, or misuse. These transactions are completed on multiple computers in a chain. This is another reason the digital records are difficult to alter. Some of the popular examples of blockchain are as follows:

Another common buzzwords in technology circles right now is “Internet of Things” (IoT). People are talking about it all over the place. The Internet of Things is simply "A network of Internet connected objects able to collect and exchange data." It is commonly abbreviated as IoT. The word "Internet of Things" has two main parts; Internet being the backbone of connectivity, and Things meaning objects or devices. The best practical example for Internet of Things (IOT) is smart homes that are equipped with smart equipment like thermostats, appliances, connected lighting, heating and electronic devices which can be controlled by us remotely through smart phones, computers or other mobile devices.

Another example of IOT are smart buildings that can reduce energy costs using sensors that detects how many people are in a room. The temperature can adjust automatically, turning the air conditioner on if sensors detect a conference room is full or turning the heat down if everyone in the office has gone home.

As these innovations keep on advancing, Clearly, there's no stopping them, nothing will be untouched by technology transformation in the near future. Most organizations follow infrastructure, which don't keep pace with new technology development and updates. They should put in extra efforts to identify the opportunities and

capitalize on them to remain in the game.