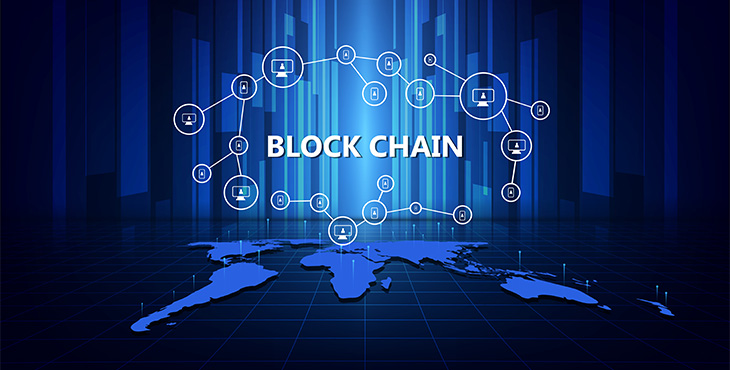 You might have heard of cryptocurrencies such as bitcoin and ethereum being a hot topic of discussion on news and social; media. But what if I tell you that the most significant opportunity for businesses of any kind is related to the technology that underlines Bitcoin- Blockchain.

Blockchain, which records all bitcoin transactions, is more than just a passing trend; it is revolutionizing how we live today.

Blockchain has the potential to disrupt everything from accounting to voting, but still, other than monitoring cryptocurrency transactions, it is unclear how to take advantage of this disruptive technology.

This article will try to answer your questions such as What is blockchain and how does it work?

A blockchain is a decentralized, distributed, and public ledger used to record transactions across several computers in a way that prevents the records from being changed retroactively without also changing all subsequent blocks and obtaining network consensus.

A straightforward illustration of how blockchain technology functions is comparable to how Google Docs documents function.When you create a Google Doc and share it with a group of people, the document is distributed instead of copied or transferred.

This enables the development of a decentralized distribution network that enables simultaneous access to the base document by all users. No one is locked out waiting for changes from another party, while all document modifications are recorded in real-time, making changes completely transparent. The Blockchain adds an extra layer of security because original information and data cannot be changed after being written, unlike Google Docs.

How does Blockchain technology work?

Blockchains are shared databases in which each party on a blockchain has access to the entire database and its complete history. No single party controls the data or the information. Every party can verify each transaction against its copy of the Blockchain, making it nearly impossible to forge records. As a result, a reliable system free of intermediaries that is appropriate for all transactions involving assets, products, money, or content is created.

Since blockchains are entirely transparent, anyone can see every transaction ever made. There is no longer a need for an intermediary person because all transactions are completed between individual users.

You might wonder how a user can make transactions if the blockchain is transparent ?. Blockchains are transparent, but a user's identity need not be; instead, each user is given a public address that they can use in place of their name during transactions.

As blockchains operate online, their users can use algorithms to automate future transactions, just like how you can automate paying for your Amazon prime subscription every month.