How to ensure gender equality in business? 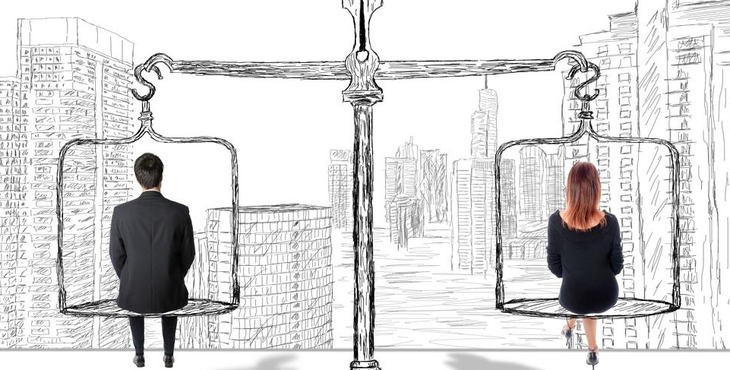 It’s easy to think that the issue of gender inequality in companies has already been overcome. Numerous daily surveys show us the benefits of gender equality in the workplace and introducing more women into leadership positions. For Example, a study by the Mckinsey Global Institute shows that the gender equality could add $12 trillion to the world economy by 2025; another survey finds that companies with more leadership diversity have a 21 percent above average financial income.

But are we really making progress toward a more egalitarian and diverse work environment? Why do we still have more men than women in leadership positions in almost every part of the world, both in the public and private sectors?

As much as we strive to reduce gender inequality, either in the way we think or act, research - and the evidence around us - shows that gender bias still exists.

To help make every business a better place and empower those who are empowered, it is important to strive for equality. In this article, you will check out some tips for getting there. Keep up!

The disparity between the rise of male and female careers is most evident in the financial and technology sectors, where, despite efforts, there is still a sharp drop in female participation in leadership and management levels. Women make up 55% of employees at the management level, but only 15% at the top and only 5% of CEOs.

Having more women in leadership positions is seen as both an opportunity and a challenge for companies. A report by the Peterson Institute of International Economics and EY found a correlation between women's board participation and higher profits. While increasing the number of female directors and CEOs is important, increasing the percentage of female leaders on the executive board would further benefit the company's bottom line.

“Diversity is not only in gender but also in everyday thinking and actions. We need to understand each individual's situation and find the best way to work in harmony and collaboratively towards a common goal,” says Carla Abrunhosa, Aon Marketing & Communication Head for Latin America.

While senior managers agree on the need for gender equality at leadership levels, they still tend to resort to unconscious beliefs when making decisions about hiring and promoting - such as the idea that it would be easier to align strategies with people from different backgrounds, characteristics similar to them. The end result of this pattern is a team with little diversity.

To improve this context, you can ask the women on your team to portray their experience elsewhere and ask them for help in achieving equality. Another important point is to encourage every employee to empathize and understand the seriousness of the problem.

Unfortunately, this still happens a lot. But proper HR training can be a good start for a change to happen. Check for balance in admissions and raise the gender equality flag whenever there is a new vacancy.

Gender equality is still a hot topic, which has gained strength over the years. Every company has a great responsibility to carry this effort forward, especially bringing the egalitarian culture into the work routine.

How to ensure gender equality in business?